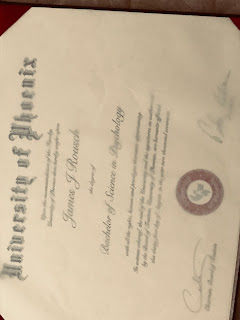 Isn’t it funny how the conservatives in the United States of America claim to be pro-life, but they want to get rid of the Americans with Disabilities Act-which was actually signed by a Republican president (who was held hostage by a Democratic Congress during a midterm year)?

These wonderful Christians claim that those who are disabled abuse the law. How can that be when Americans with disabilities are less likely to complete a bachelor’s degree-which I just happened to have by the way?

Hm.  What does their God have to say about this?

Leviticus 19:14 14″‘Do not curse the deaf or put a stumbling block in front of the blind, but fear your God. I am the LORD.
These “Christians” who want to put God back in schools want the disabled kicked out of them-and my fiancee is going through this right now with her son, who has issues with low blood sugar.  She also has a daughter who is developmentally disabled.

Personally, I curse the Church for this.  I don’t curse Christ, because Christianity and Jesus Christ are two entirely different paradigms.

Did He not heal the sick-for free?

Did He not make the blind see-for free?

Do you know what these “Christians” have done?  According to their own Bible, they have officially cursed our nation.

This columnist has news for those business owners who have a fish on their door and vote Republican.  You are under a curse.

And He answered and said to them, “Go and report to John what you have seen and heard: the BLIND RECEIVE SIGHT, the lame walk, the lepers are cleansed, and the deaf hear, the dead are raised up, the POOR HAVE THE GOSPEL PREACHED TO THEM.

Mark 7:32-37They brought to Him one who was deaf and spoke with difficulty, and they implored Him to lay His hand on him. Jesus took him aside from the crowd, by himself, and put His fingers into his ears, and after spitting, He touched his tongue with the saliva; and looking up to heaven with a deep sigh, He said to him, “Ephphatha!” that is, “Be opened!” read more.

And his ears were opened, and the impediment of his tongue was removed, and he began speaking plainly. And He gave them orders not to tell anyone; but the more He ordered them, the more widely they continued to proclaim it. They were utterly astonished, saying, “He has done all things well; He makes even the deaf to hear and the mute to speak.”

Conservatives and business owners who support Republicans are also going to burn in Hell.

Matthew 25:42-46 42For I was hungry and you gave me nothing to eat, I was thirsty and you gave me nothing to drink, 43I was a stranger and you did not invite me in, I needed clothes and you did not clothe me, I was sick and in prison and you did not look after me.’ 44″They also will answer, ‘LORD, when did we see you hungry or thirsty or a stranger or needing clothes or sick or in prison, and did not help you?’ 45″He will reply, ‘Truly I tell you, whatever you did not do for one of the least of these, you did not do for me.’ 46″Then they will go away to eternal punishment, but the righteous to eternal life.”
Donald Trump is in for one Hell of a surprise!

Do you know who else is going to Hell?  All of those “Christian” business owners who voted for him.