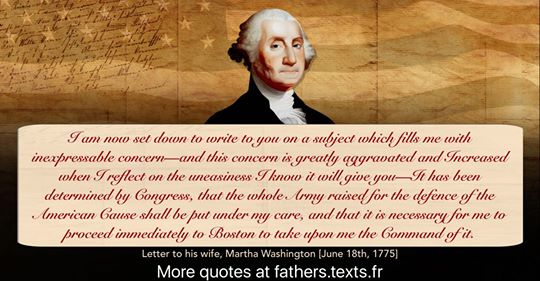 Can you imagine how terrified George Washington was?  It’s not that he stepped forward-it’s that the others stepped back.

It was John Adams who wrote in his diary:

“I had no hesitation to declare that I had but one gentleman in my mind for that important command and that was a gentleman from Virginia, who was among us and very well known to all of us; a gentleman, whose skill and experience as an officer, whose independent fortune, great talents and excellent universal character would command the approbation of all America, and unite the cordial exertions of all the colonies better than any other person in the Union.”

(source: http://www.ushistory.org/valleyforge/washington/george2.html)
Washington had proven himself in the Seven Years War (or French and Indian War, depending on what continent you live on), but he just wanted to be left alone at this point.  He went to Boston as a citizen, but he had no idea that this was going to happen.

It’s like one of those days when you wish you were too sick to go to school.

As a general, he didn’t win many battles, but he fought on the battlefield in each one, as he took it upon himself to bear as much of the burden as he expected his men to carry.  Washington was usually in retreat mode, but after Benjamin Franklin got help from France, he felt more assured and he finally cornered Lord Cornwallis in Yorktown, Virginia on October 18, 1781. 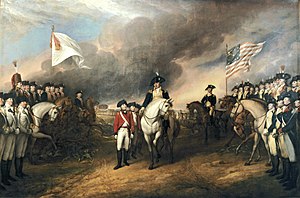 We can discuss how he became president (another job he didn’t want), but we’ll save that for another time.
The point is that even George Washington seemed to struggle with his self-esteem.

He didn’t want to be the one in control of the entire American Army and the last thing he wanted was to be President of the United States.  In fact, ‘So help me, God’ wasn’t even written in the oath which Washington took in 1789.  George Washington was terrified about the duties which had been entrusted to him-and he knew the Europeans were watching.

He did it better than anyone thought he would and called it quits after two terms.  Guess who was next?

Remember how you read that George Washington was going to get Adams for making him Supreme Commander of the American Army?   Well, maybe he did.